Let’s catch up with Nicolas on the roads of Switzerland while he’s cycling with his MTB and KIT L80 Aevon trailer.

After crossing the Alps, Nicolas reached the GRE4 (Swiss track) for a trip in full nature, away from civilization. 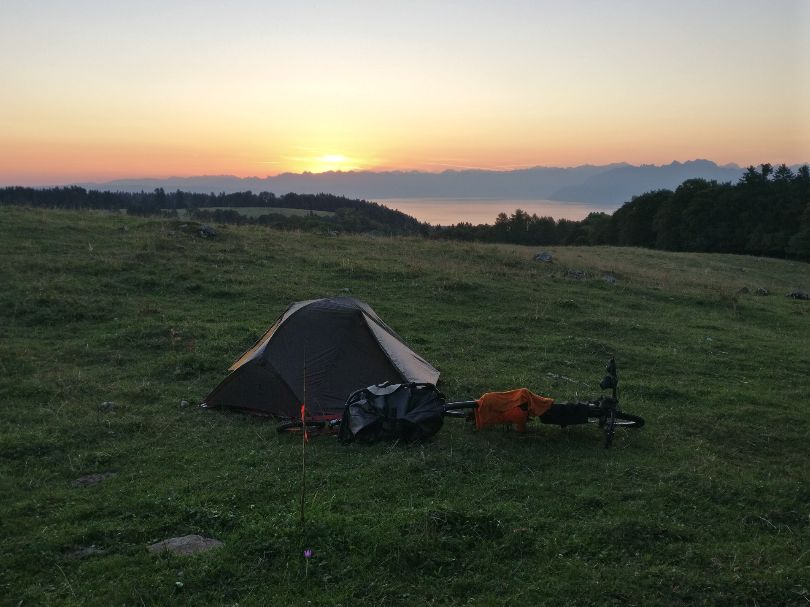 “I was afraid of following these tracks without having enough information about the type of tracks, the possibility of bypassing them and parts that might be unsuitable for a MTB + trailer.”

It was a great surprise to discover single tracks and forests paths. Up the hills, Nicolas can see the valley and the lakes (Léman and Neuchâtel.)
It’s the end of the summer and the few hikers that Nicolas meets on the road always give him a nice word of support.

The main obstacles on the tracks there are the fences and small walls that define the pastures. “In a single day, I become an expert at taking apart and putting together again these walls!” 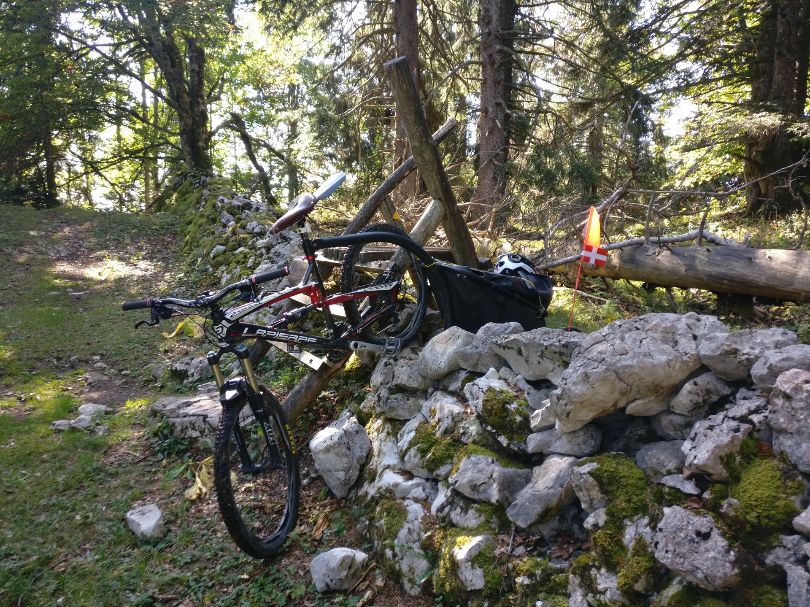 Clearly, Switzerland likes to keep its tracks neat. The markings are very clear with foot paths and MTB tracks. MTBs are also allowed on footpaths. 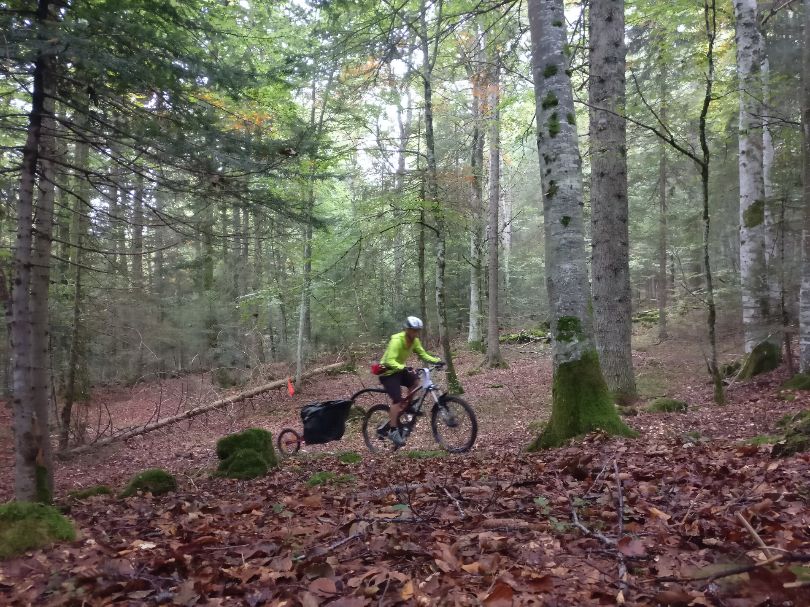 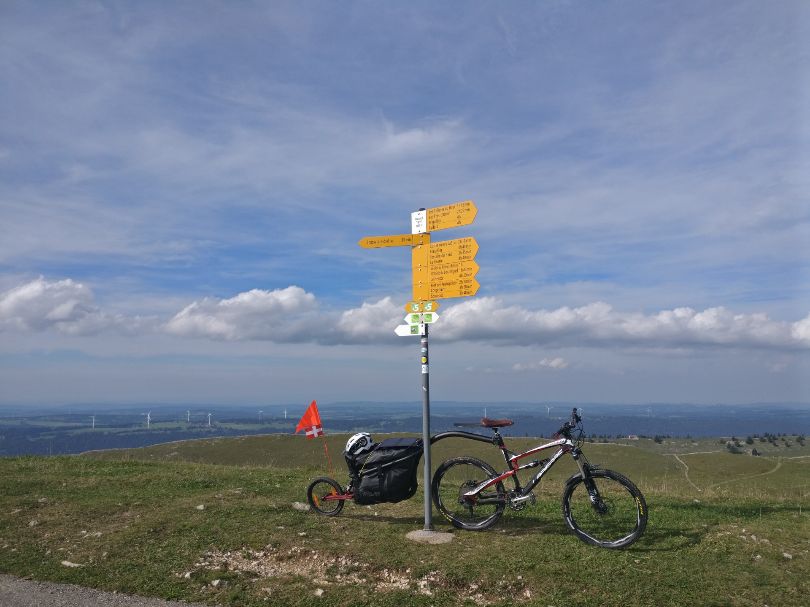 Nicolas has the opportunity to cycle with a group of Swiss mountain bikers. They help him carry his MTB and his trailer over the walls without taking them apart.

One of the highlights of this trip was the drive up Mont Chasseral “Once I reach 1600m, I leave hundreds of hikers behind to cycle to the long crest going East.”

The hilly area goes on to the lake of Constanz where the Swiss part of the trip comes to an end.

Nicolas is very positive about his trip in Switzerland :
– “Switzerland has a wonderful range of tracks perfectly marked out. The GRE4 can be cycled on for 80% with a MTB + trailer. There are multiple alternatives if necessary. Especially for climbs of more thanb 300m D+.”
– He also noticed that many people use bikes, as roads have been adapted to bicycles.